Affirmations and the Mind-Body Connection

This post about affirmations and the mind-body connection was sparked by a television show about stigmata. Stigmata is the appearance on a person’s body of the wounds supposedly suffered by Jesus Christ at his execution. These include wounds on the palms of the hand, the feet, the side, and sometimes around the head where the crown of thorns sat. Generally associated with those of the Roman Catholic faith, stigmata has a tradition back to St. Francis of Asissi in 1224. 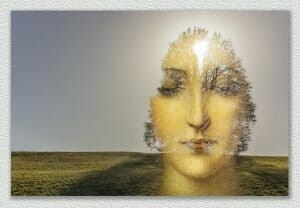 My personal belief is that this phenomenon is not a result of Divine interference. Assuming at least some of the investigated cases are not fakes, stigmata is an example of how deep conviction and belief can make changes in the human body. Similar to this are stories of Buddhist monks who can raise their body temperature to the point that they can sit outside in the snow and not suffer hypothermia.

There have been three extremely mental and emotionally stressful times in my life which resulted in getting seriously ill. During the first I got shingles, the second I got mononucleosis, and the third I got pneumonia. My mental and emotional state suppressed my immune system, resulting in sickness.

Hypnosis is another example of “mind over body”. I’ve seen a hypnotized subject put their hand over a candle flame and not get burned. I know someone who had a root canal while under hypnosis only – no local or general anesthesia at all, and there are stories of women giving birth under hypnosis who feel no pain.

Psychosomatic illnesses are still another example. Some might call stigmata a psychosomatic illness. Phantom pregnancies, where a woman wants to have a child so deeply that their body actually fakes a pregnancy, including abdominal swelling, milk production, and morning sickness is very real. Mental stress can cause headaches, nausea, heart attacks, and other physical problems.

I could keep going, but the connection I’m trying to make is obvious. It seems evident that our mind, consciously and unconsciously, can create physical, measurable changes in our bodies. Intent and deep conviction seem to be the keys.

Affirmations and the Mind-Body Connection 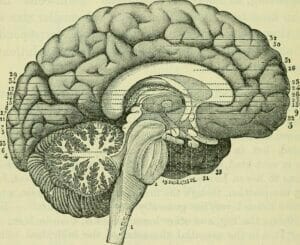 We can actually use this mind-body connection to make changes in ourselves by the use of affirmations. An affirmation is a positive statement that you repeat over and over until you believe it and it comes true. You know that little voice in your head that tells you “you can’t do that”? That is a negative affirmation. By replacing those negative affirmations with positive ones we can create change.

Affirmations are very much like physical exercise, you need to repeat them repetitively every day to see progress. Include them as part of your morning ritual. I like doing them when I’m brushing my teeth in the morning so I can look myself in the eyes. Link them to something like eating, as a kind of grace, repeating them to yourself before taking a bite. Add affirmations to your nighttime winding down, perhaps repeating them in bed before you sleep.

As part of every Tarot reading this year I will be crafting a personal affirmation for each client. The affirmation will depend upon the question asked and the results of the reading and will be designed to help you internalize the reading and move towards your goal. You can get your own affirmation by booking a reading today!