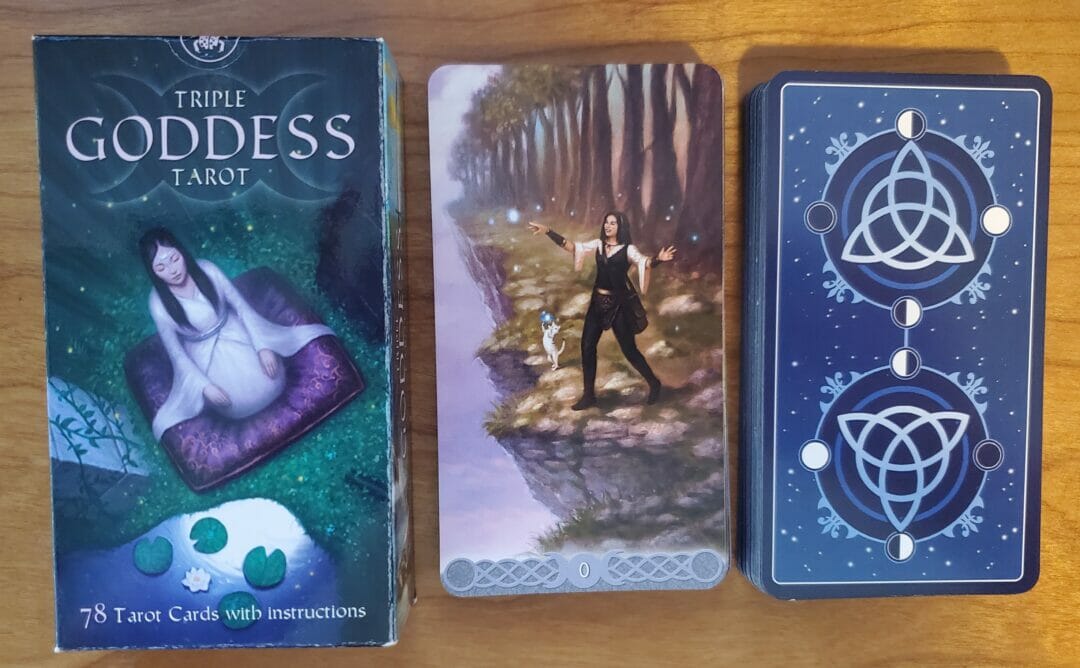 The Triple Goddess Tarot deck was one of the first decks I bought back when the pandemic started and I began reading Tarot again. The author is Jaymi Elford with artwork by Franco Rivolli and it is published by Lo Scarabeo.

The artist conforms somewhat to Rider-Waite but differs enough that some cards are confusing. This confusion is augmented by the fact the cards aren’t labeled. Instead, a banner across the bottom of the card displays the suit and value of each card. For the Minor Arcana, the number and suit icon is used for the number cards, and an image and suit icon for the court cards. These can be difficult to decipher, especially since all of the figures are women: 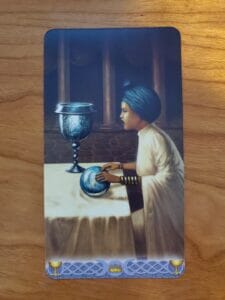 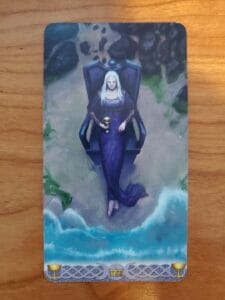 These are the cards for the King and Queen of Cups. Can you intuitively figure out which is which? Look at the crown icon in the footer (you can click on the card to see a larger view). There are subtle differences in the crowns to tell which is which. The woman in the chair looking at the sea is the King and the crystal ball reader is the Queen.

In the Major Arcana, the cards are identified only with Roman numerals. This also leads to some confusion: 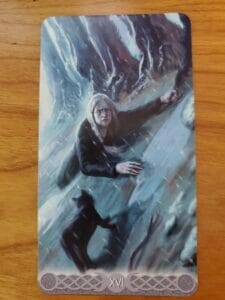 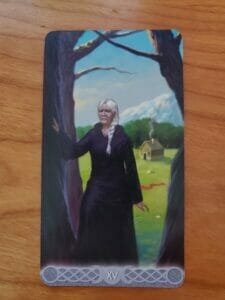 Without referencing the number, can you tell which card is the Devil and which the Tower? I did two readings that confused the Tower card (left) with Death. The reading was still accurate, according to the clients, but I find both of these cards as they relate to the classic meanings really confusing.

The cards are fairly heavy stock with a nice coating that isn’t too slippery.  I really like this deck, despite the confusion of the images. It results in more nuanced readings than the Modern Witch Tarot; less blunt and in-your-face. This deck yields very good readings for me and it is still in my top three decks to choose from for client readings.