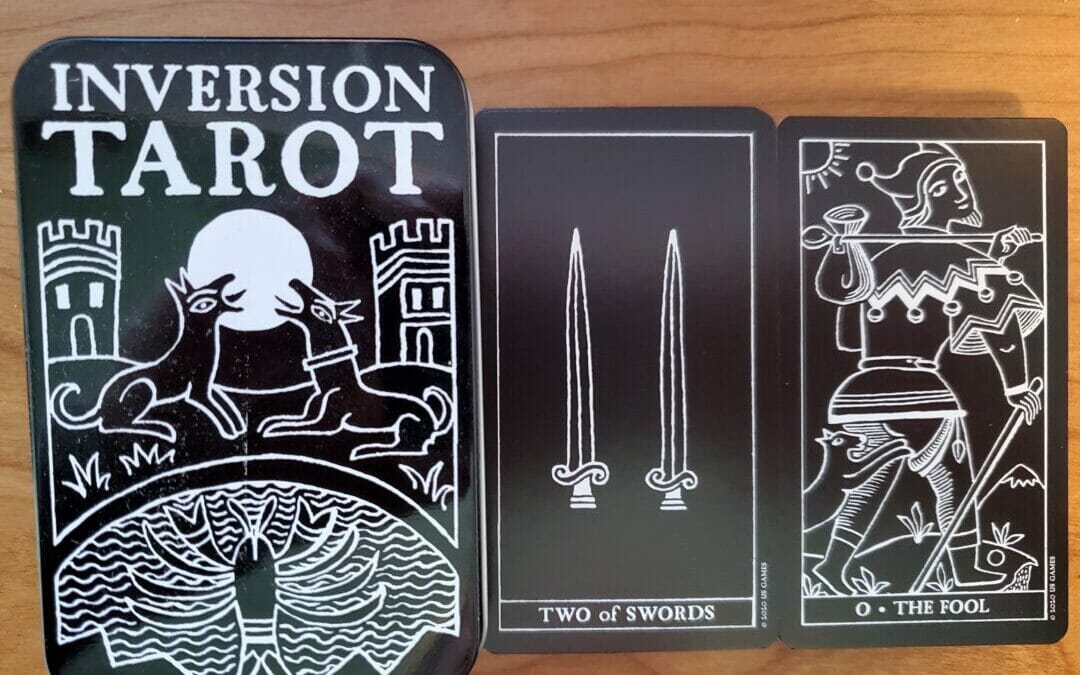 The Inversion Tarot by Jody Boginski Barbessi is a mini-deck packaged in a tin box. I have to confess I bought this deck because I’m a sucker for boxes. The cards are fairly small: 2 1/8 x 3 7/8, and the tin is small enough for a purse or coat pocket. It is too bulky for most pants or dress pockets. The deck comes with a small booklet, English only, with extensive keyword phrases for each card.

The cards are bordered and fairly thin stock; lighter than playing cards for sure, but still pretty sturdy. The coating is very slick, resulting in lots of pop-outs when shuffling.

Designed to look like block prints, The Inversion Tarot images are white on a black background. The Major Arcana follows the Rider-Waite standards and the court cards are somewhat like playing card suits. The Minor Arcana cards show just the suit symbols as you can see below. 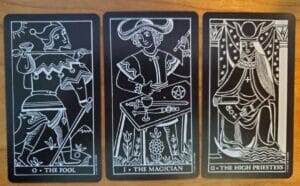 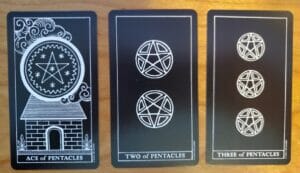 Not a Beginner Deck

Due to the lack of visual imagery for the suits and the minimal imagery for the court and Major Arcana cards I don’t recommend this deck for beginners. There isn’t much to hang your intuition on. The Inversion Tarot is an excellent deck for those who are especially intuitive, experienced with Tarot, and comfortable performing readings with a deck lacking visual cues.

Although…there is something about this deck that draws me in. It has been sitting on my desk for well over a month now and this is the first time I’ve spent handling the cards. They definitely trigger something in me and I am going to use them in some personal readings to see what I get out of them.