The Tarot cards I pulled for today’s post were the Ten of Swords, Page of Cups, and Ten of Wands. “Ah,” I thought. “Endings and beginnings.” 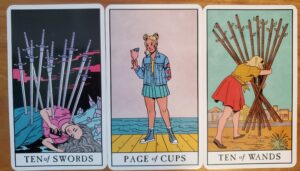 Each Tarot suit can be seen as a story or pathway beginning at the Ace and ending at the Ten, but the word “ending” is really incorrect. Rather this is a jumping-off point, a movement from one level to another, or a “leveling up”. The Ten cards way that you’ve gone as far as you can with the skillset you’ve acquired and it is time to acquire new skills and learn new lessons.

Life as Spirals Rather Than Circles 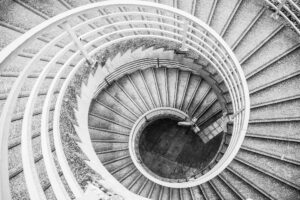 Circles, wheels, and cycles are images and words used frequently when reading Tarot, but I don’t think that usage is quite correct. We may journey from January to January, but we never repeat those months in between. Instead, our paths are spirals, turning round and round, and never quite repeating.  Each time around we are different because of the choices we make, the lessons we learn or fail to learn, and the influences of those around us.

While moving the spiral path we encounter many endings, and just as many beginnings. But what really is an ending?

One of the definitions of ending is “the furthest part or point of something”. It comes from the Old English work endung meaning ‘termination’ or ‘completion’. My Google search revealed some other connotations:

Each of these meanings is slightly different. In some it refers to an action you take, others refer to something that occurs to you.

Look around in your own life and you’ll find many examples of endings: leaving school, terminating a relationship, quitting a job, the passing of a life. These are all big ending, but there are small endings as well: going to sleep, finishing a project, taking a cake out of the oven. 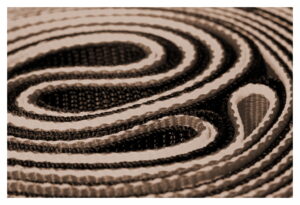 The Tarot deals with both kinds of endings. There are big, thematic endings indicated by the Major Arcana cards such as Death, The Tower, Judgment, and The World. These deal with changes that change your life: loss of a home, a major job loss or career change, the end of a way of life, the destruction of a belief system.

Then there are the smaller endings, which may feel just as welcome or traumatic as the Major Arcana, but happen more often and are represented in the Tens, and to some extent in the Nines, of each suit. (There are also some other cards that indicate endings in the form of transitions; I’m thinking specifically of the Six of Swords, but I won’t discuss that here.) These endings, when seen in retrospect, are blips on the radar of life.

Whether major or minor, when we reach an ending in Tarot, just as in life, we still move on. Assuming we’ve learned the lesson being taught we will level up, repeating the cycle again, but at a higher level with different challenges, advanced lessons, and greater understanding.

When the lesson isn’t learned we repeat the cycle. The same issues are repeated. We find ourselves in the same situations with the same results.

Each ending precedes a new beginning. The old thoughts, beliefs, relationships, or other baggage is cleared out in the ending so that the new has space to come in and flourish. This can be painful, but it is the pain of birth, the creation of something new. When presented with a new beginning, look back and evaluate the lesson with which you were presented. 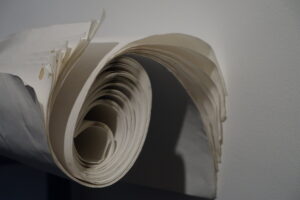 It is hard to look at what lessons you learned when something ends. Sometimes you need to wait a while, even years. There are tools to help you with this including writing, meditation, and Tarot. You knew I was going to say Tarot, didn’t you?

Tarot can help you get beyond the blind spots, the painful points that can’t bear the touch of attention. What did you learn from that failed relationship? What can you take from the job from which you were fired? What lessons from school can you bring into your University studies?

By using these tools you can try to level yourself up. You’ll understand the lessons and grow, hopefully not needing to repeat them.